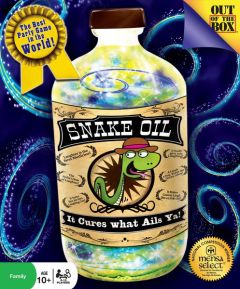 At a Glance: Snake Oil is a hilarious party game of bizarre inventions and sleazy salesmen. 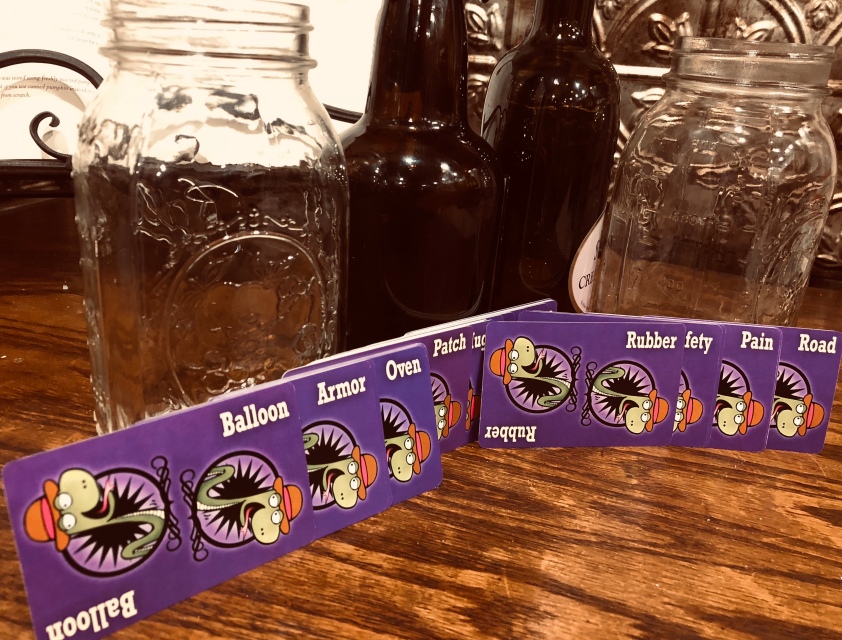 Snake Oil is a party game for 3-10 players where people try to sell their weird inventions to an overwhelmed customer. Each round one player plays the customer and picks 1 side of a customer card, and all the other players, in turn, try to make a pitch combining 2 cards from their hands to form a weird product invention. After hearing all the outrageous pitches, the customer chooses which one they want to “buy”. Much like Apples to Apples, the game ends after a predetermined number of rounds or whenever players feel like it. 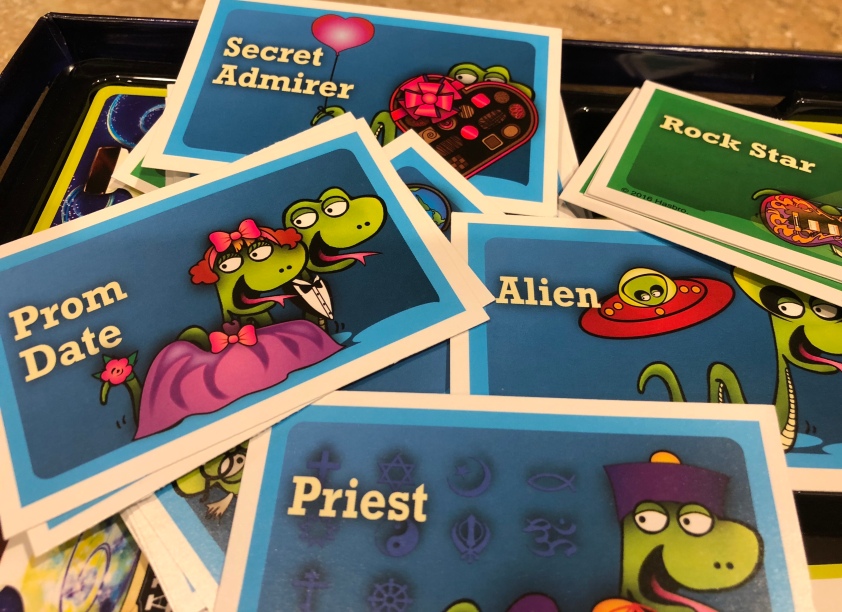 When played with the right crowd (which I would say is most people), this game can be one of the funniest games out there. The cards combine to form some really weird, hilarious products and hearing people talk like oily mountebanks trying to pitch their amazing inventions is absolutely a riot, and the experience just multiplies in enjoyment the more creative and eloquent people are. Even if you think you are not good at selling the unsellable, it is a really fun exercise in the illogical. Of course, with any game like this where you have 1 “Judge” each round who knows whose cards are whose, there is the potential issue where the Judge can just avoid choosing the leader’s invention. That is certainly not a fun way to play, though. This is one of those great party games where I am pretty indifferent whether I “win” or “lose”. With the laughs this game generates, and with a fun group, I definitely recommend this as one of the best party games out there.

p.s. it comes with a TON of cards! 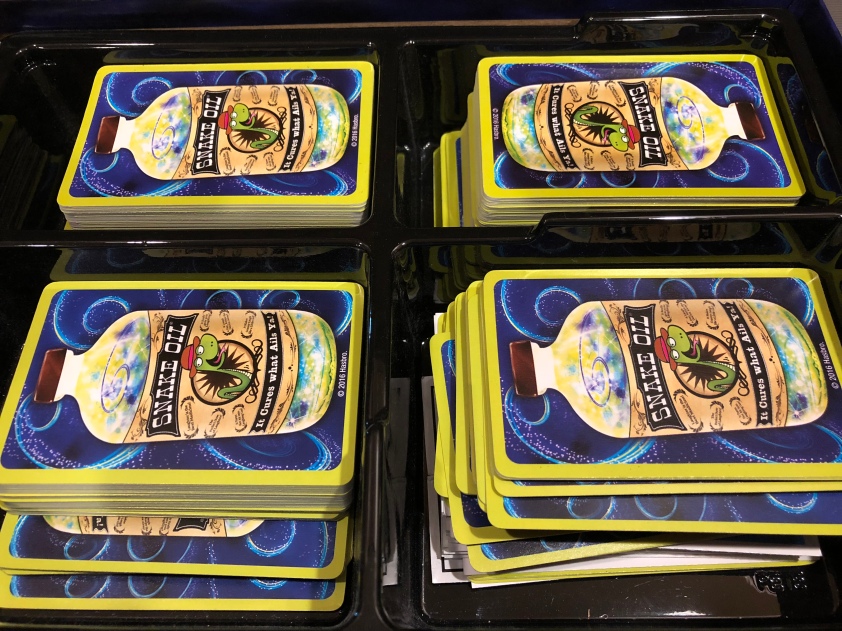 HONORABLE MENTIONS
Apples to Apples was published in 1999 and has since influenced hundreds of party games that have a similar structure. That is, there is generally 1 “Judge” per round who chooses the best answer based on different criteria. Here are some other similar party games that did not make my Top 100, but are still fun:

Say Anything – In addition of having just 1 player choose each round, EVERYONE chooses their favorite answers secretly as well. This definitely can be one of the funniest party games.

Famous Last Lines – This game (co-designed by Daryl Hannah) is like Balderdash only players try to bluff players into thinking their answer is the actual last lines of popular movies.

PicWits! – This game is like Apples to Apples with pictures. A caption card is flipped over, and players submit picture cards to match the caption and the “Judge” picks their favorite.